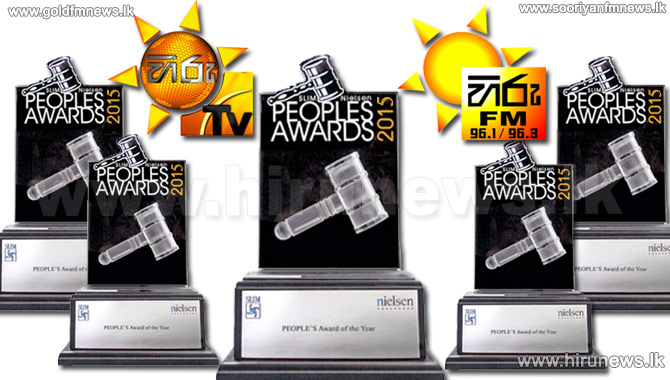 Hiru FM and Hiru TV won all top awards in the Media category at the SLIM Nielsen People’s Choice Awards.

The event was held yesterday in Colombo under the patronage of Minister of Media Gayantha Karunathilaka, proving once again that Hiru FM and Hiru TV are the pioneers of the media industry in Sri Lanka.

Hiru FM was adjudged the best Radio channel while Hiru TV was named the best TV channel of the year.

Chairman of Asia Broadcasting Corporation Mr. Rayynor Silva is the pioneer behind these victories achieved by Hiru TV and Hiru FM.

Hiru TV and Hiru FM, established according to his concepts, have taken the entire media industry in Sri Lanka towards a new direction.

Chairman of Asia Broadcasting Corporation Mr. Rayynor Silva stated that these awards won by Hiru FM and Hiru TV at the SLIM Nielsen Peoples’ Choice Awards is an indication of the people’s endorsement of his vision to take the Sri Lanka media industry towards new avenues.

He also stated that winning such national and international awards by Hiru is a tremendous encouragement.