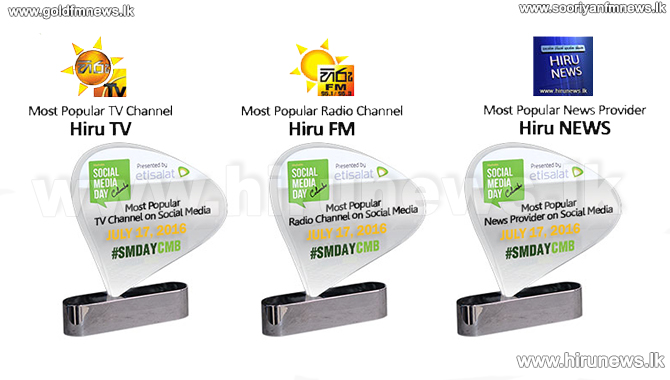 'The Social Media Day' was hosted for the fifth time in Sri Lanka and was presented by Etisalat in association with Neo@Ogilvy.

The awards were presented under several categories on the basis of the popularity in social media prevalent in Sri Lanka.

It is significant that the winners in this were selected by holding an online poll.

It was further confirmed through this that millions of people constantly use all the websites of the Asia Broadcasting Corporation including Hiru News Website run by Lotus Technologies (Private) Limited, the digital media company affiliated to the Asia Broadcasting Corporation that possesses the ownership of a number of the country’s top websites. Lotus Technologies is now Sri Lanka's number one and the largest digital media network.