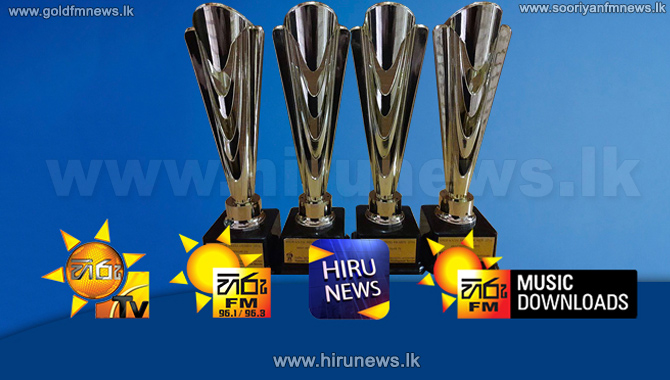 Hiru TV and Hiru FM were able to secure all awards at the 2016 Social Media Award Ceremony organized by the National Youth Development Bureau.

Both channels were also able to secure the awards for the most popular news channels.

Hiru TV and Hiru FM also won the awards for the most popular musical channels.

The National Youth Development Bureau organized the Social Media Award ceremony for the first time this year. It was held yesterday at the Nelum Pokuna theatre in Colombo.

It can be established by these awards that millions of people constantly use websites of Lotus Technologies (Private) Limited that is affiliated to the Asia Broadcasting Corporation (ABC) such as Hiru News and many others that are offered under the umbrella of ABC.

The prime force behind these awards is the Chairman of Asia Broadcasting Corporation Mr. Rayynor Silva.

Under his concepts and guidance Hiru News and other websites have become the frontrunners of the digital media in Sri Lanka.